Do you know she works for an mlm company?

Yes, I think that Nu Skin is a pyramid scheme!

Is that the name of the company… “New Skin”?

Oh! What a strange name.

The two ladies sat next to my table discussing “Nu Skin” while we waited for our local Chamber of Commerce monthly meeting to start.

I wasn’t eardropping on them… They were loud! The entire room could hear them talking.

However, I enjoyed listening to their conversation… They were talking about an mlm company, which I plan to do a review.

It’s nice to have a different perspective on Nu Skin.

Here’s why the ladies believe Nu Skin is a pyramid scheme.

Tired Of Scams And Pyramid Schemes?

Your Work From Home Opportunity!

Every time I heard the word “mlm”, it’s always followed by, that’s “a pyramid scheme”!

Even though, not all mlms are pyramid schemes… But this doesn’t change peoples’ perception of mlm companies.

This negative public perception, in my view, makes mlm a bad business opportunity to be associated with…

Because, whenever you tell someone, “I work with Nu Skin”, the first thing they say to you, “Oh! Isn’t Nu Skin a pyramid scheme?”

This immediately puts you in a defensive mode…

How can you sell, when you have to defend what you are doing is legit?

Why put yourself in that position? When you have better opportunities to make money online.

You see, I have nothing against mlm… I just want to offer you a full understanding of the mlm business before you invest.

I start this Coffee Talk with the title, “Nu Skin pyramid scheme” because I want to show you the public negative perception of mlm opportunities.

Then, one lady asked…

What Is Nu Skin? Do you know anything about it?

Yes, I had to sit through the entire presentation this weekend…

She invited me to the meeting, and I had nothing to do… So, I went with her.

So, what did you learn?

Well, Nu Skin is an mlm company that sells over 200 personal care, anti-aging, and dietary supplements products that support to help people look and feel younger.

This company was started back in 1980 something…

I think there are four founders, but I only remember one of them, Blake Roney.

Oh! I talked to Stacy… She went online and found out that Nu Skin had to pay $47 million for operating a pyramid scheme.

This is true. In 1994, Nu Skin was fined by the FTC $1 million, then again, another $1.5 million in 1997 for deceptive and unsubstantiated marketing. The biggest was in 2016, where Nu Skin agreed to settle $47 million with China for operating a pyramid scheme.

Yes, Stacy told me you can find this online.

How can this Nu Skin still in business?

I don’t know, but I’m telling you what,

I’ll never get involved with this one… This Nu Skin is a pyramid scheme!

What you mean… “you’ll never get involved”.

Oh… my God! Did they try to recruit you?

That was the entire meeting… She didn’t even tell me.

I came, and discovered it was one of those meetings for,

This is interesting… Let me guess, you didn’t sign up?

No, I had to fight with her to get out of the meeting.

Not too loud… Everyone can hear us… They giggled!

Do you know what’s really crazy?

You don’t know… Stacy told me…

You can find Nu Skin products on eBay for 50% off the wholesale price.

Really! How can you make money, when?

I was thinking the same, and thank God, I didn’t…

What stops you from signing up to become a Nu Skin distributor?

When I listen to their compensations…

No, the pyramid part… that’s when I realized Nu Skin is a pyramid scheme, plus…

I don’t think she makes any money as a Nu Skin distributor.

Why? They didn’t pay well?

You’ll agree with me after I tell you,

We still have another 20 minutes… I want to hear it.

Are you sure we have that much time?

Anyway, here are the two ways that you can make money with the Nu Skin compensation plan.

You buy wholesale for resale, and

You earn commissions from recruiting others.

When she started talking about buying wholesale to resale for profits, I was kinda interested…

But when I heard recruiting others, I knew it’s a pyramid scheme.

Well, she told me… as a Nu Skin distributor, I get a 25% discount on retail price…

But, how can you make money if you can get the same product on eBay for 50% off?

That’s what I said after Stacy told me… But, I had no idea at the time…

What turned me off, when she told me…

“You receive a 5% bonus commission from purchases of your downline.”

So, I asked her, “What do you mean by downline?”

“Are the people you recruit into your team to become Nu Skin distributors!” She told me…

Then I asked her, “Is this a pyramid scheme?”

She said… “No, Nu Skin is a legit company with billions of dollars in sales revenue each year.”

I disagreed and called Nu Skin a pyramid scheme.

No one got involved?

It was that bad?

Yes, we started a shouting match…

She called me an ignorant…

I asked her, “If Nu Skin is such a good business, why you don’t even have a car? and why you have to get food from the church pantry?”

She started crying… It made me feel terrible… I shouldn’t have said… in front of everyone.

It was not your false… She put it on herself!

I know, but we have been best friends for a long time.

She would never talk to me anymore…

They both sat in silence.

The other tried to console her friend.

They begin to whisper… I could not hear…

It became a personal conversation…

I stopped listening and started to think,

Is Nu Skin A Pyramid Scheme?

Even though Nu Skin had received multiple fines from the Federal Trade Commission (FTC), but they related to deceptive product marketing.

The $47 million settlement with the Chinese Government, for operating a pyramid scheme, was significant. But, Chinese laws are different from the US.

Does this mean Nu Skin a pyramid scheme?

It’s hard to not agree with the ladies, but then the question is,

Why Nu Skin is still in business?

This is a difficult question to answer, don’t you think?

After a while, I realized, “It’s not important whether Nu Skin is a pyramid scheme or not.”

What have we learned from the conversation above?

It invokes too much emotion.

The lady argued back and forth with her best friend about “Nu Skin as a pyramid scheme”, and never fully understands the Nu Skin business opportunity.

Now, you understand why I share with you this conversation?

To show us the difficulty of operating an mlm business… when the public believes mlms as pyramid schemes or scams!

You will never have an opportunity to explain your business… Because you are too busy defending it!

Why do you want to put yourself in this position?

It’s already difficult to make a sale… It’s even impossible when people think Nu Skin is a pyramid scheme.

That’s exactly what happened in this story…

One friend lost a recruit… Both people became enemies.

Does this Nu Skin worth it?

Doing what I love… Coffee Talk with you! 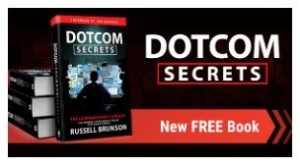 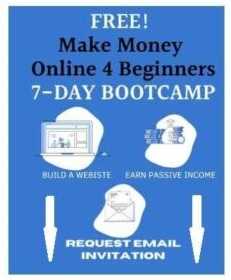